Hajipur is the head quarters of Vaishali District of Bihar, a place renowned for its bananas. The city located about ten kilometers from the capital city Patna and is connected by “Mahatma Gandhi Setu” the longest bridge constructed on the Sacred River Ganga. Because of its close proximity to the capital city, Hajipur is termed to be the second fastest developing city next to Patna. The establishment of Industrial sectors and the land being known for its fertility has opened up avenues for development in both industrial and agricultural sectors. The city is also experiencing a drastic increase in the population of Hajipur because of escalating opportunities. 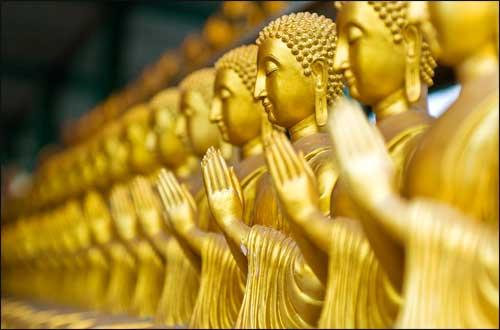 Ancient Past of Hajipur

Hajipur enjoys the privilege of being the place where democracy was brought into being around 600BC. In the prehistoric time, the city was acknowledged as Ukkacala and was the foremost town to appear after crossing River Ganga at Patna. The township of Hajipur achieved connotation, as it was the scene of one of the expatiates given by Lord Buddha. Buddha sermonized the Cula Goplalaka Sutta, a Midway Length Discourse, here. All along with that, it is moreover of concern because a section of Ananda's ashes were immersed in the city, the intimate follower of Lord Buddha. Ananda was one of the favorite disciples of Lord Buddha's and accompanied him for twenty years . 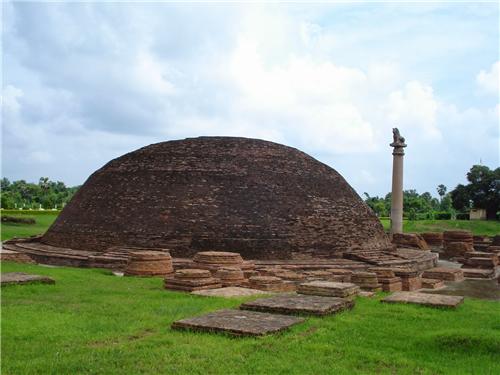 Prehistoric Lichhavi democracy was recognized in this land only. This is the birth place of Lord Mahavir and a place where Gautam Buddha delivered his last sermon and announced his Parinirvana. It is also famous for Amrapali, the masterly Indian courtesan. Remains of Lord Buddha’s devotee Ananda were preserved in a Stupa at Ukkacala. Some references appraise an alluring occurrence about Ananda- when Ananda figured out that his subsistence was reaching its seal, he was determined to begin his voyage towards north from Rajgir. Soon after the King Ajatashatru became aware about it he went on to meet Ananda and requested him to live in his capital. In the same way, natives from close by Vaishali approached and solicited him to reside at their place, which made the circumstances relatively delicate for Ananda.

As Ananda was in inconsistency about where to go and whom to visit, he arrived at in the center of river and in order to keep away from displeasure and probable divergence, Ananda ascended into the air and vanished into a sphere of blaze. As the myths have it, inhabitants congregated on the two sides of the waterway and accumulated the ash which was dispensed from above. Numerous Stupas were put up preserving the same ash. Despite the fact that the locations of these stupas is not recognized, one stack on the bank of river Ganges is substantiation of one such stupa’s subsistence at the place. Historians are of the belief that these stupas may have been expunged by Ganges flood in due course and some Hindu temple has come into subsistence now. From chronological substantiation and Buddhist literature, archeologists have accomplished that the current Hajipur is antique Ukkacala. 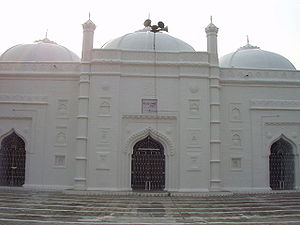 Hajipur gained its name, as the municipality was urbanized by Haji IIyas Shah, a Bengal ruler, who ruled during middle of the 14th century. The well-known ‘Jama Masjid’ is found inside the fort constructed by Haji IIyas Shah in Hajipur. “Iliyas Ali” was the monarch of ‘Bakuda’ a place in Bengal. He was a exceedingly determined individual and also an excellent politician. In 1351 A.D., he made a visit to Macca and Madina, the sanctified places for the principle of ‘Haj’. Later on, when he came back after being to ‘Haj’ he happened to be prominent in ‘Bakuda’ with a novel nick name ‘Haji Sahab’.In 1355 A.D., “Iliyas Ali” alias “Haji Sahab” visited the town of “Hajipur”. During that epoch the township of “Hajipur” was acknowledged by way of some other name, most likely it was identified as “Ukkacala” then. At this time, in the civic ‘Haji sahib’ got recognition in the midst of the community of this township as “Haji Liya”. But in a while Haji Sahab himself modified his name and unveiled his identity as “Shamshudin”. After proclamation of his latest name, he had moreover declared “Hajipur” to be his new-fangled capital. He refurbished the old court of the Emperor “Vishal”. In the mean time, the then monarch of Delhi, Firoz-Sah-Tuglaq” waged a war on “Hajipur” town. An immense turf war occurred and outcome of this fight was that “Haji Ali” got poorly defeated”. To protect his life Haji Ali became fugitive from this place and stayed back by himself securely veiled in Dhaka, present capital of Bangladesh.Soon after, he entered into conciliation with the Delhi ruler , Firoz-Sah-Tuglaq, and signed a harmony agreement with him. But it was the adversity of “Haji Ali” that he died earlier than the harmony proposal agreement would have been arrived in the city of “Hajipur”. The supporters of “Haji Sahab” buried his corpse in “Hajipur”. Today, one can locate his grave near G. A. Inter School, S.D.O road, Hajipur. The tomb of “Haji Iliyas Shamshudin Liya Ali” is now called as “Haji-Pir” and the name of the head quarters of Vaishali, district “Hajipur” has been emerged from the same word “Haji-Pir”. 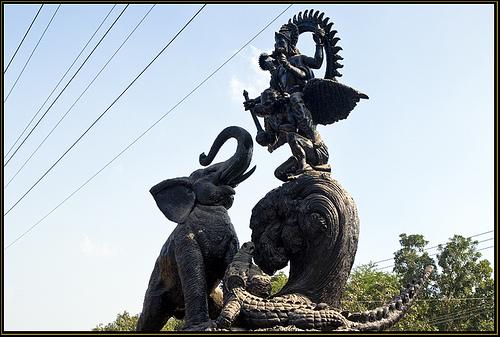 The city of Hajipur was under the British rule which was a division of Presidency of Bengal, and was administered from Calcutta. In 1912 Bihar and Orissa was divided from the Presidency of Bengal. After independence the city of Hajipur came under state of Bihar which was formed on the linguistic basis. Today Hajipur is one of the fast developing regions of Bihar. Thanks to its proximity to the state capital of Bihar which is contributing in the economic growth of the region. Famous for banana cultivation and small and medium scale industries Hajipur is contributing a lot in the GDP of Bihar.